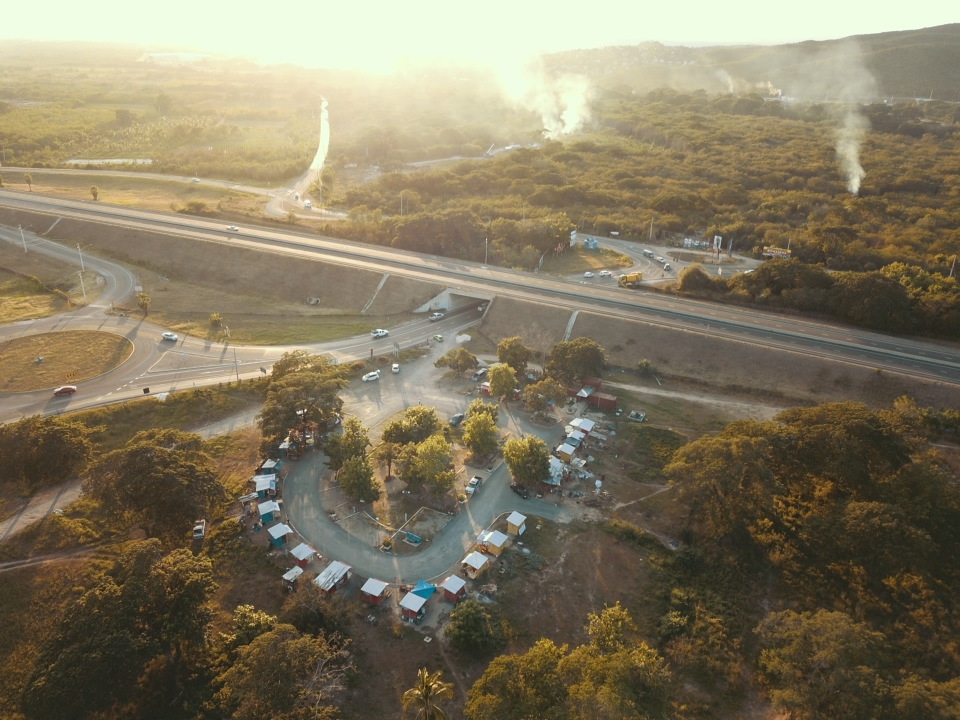 The Municipality of Portmore in association with The Ministry of Local Government and Community
Development, Caribbean Local Economic Development (CARILED), Wisynco Group Limited, and Penta Paints would like to announce the opening of Ackee village on July 19, 2017, @ 1Oam.
Portmore has long been known for the Ackee Walk because of this area's ability to virtually provide the seasonal Ackee fruit practically all year round. Ackee Walk is located close to the intersection of Mandela Highway and the Dyke Road (the road leading to Portmore). This area is along the northern boundary line of the Portmore Municipality. This area has become a popular stop for motorists seeking Ackee, roasted breadfruit, other seasonal fruits, and ground provisions. The operations of the vendors are precariously placed, however, along a very narrow soft shoulder of the road which is characterized by sloping land jotting down towards the basin of the Rio Cobre (river). There is inadequate space for motorists to pull over and do business which causes traffic disruptions and produces an unsafe environment for both the motorist and vendors. The only  physical structures present at the site are the makeshift stalls created by vendors and fireplaces or pits used for roasting.
The Portmore Municipal Council has noted these challenges of what is considered an iconic area of the

Municipality. The Council has embarked on solving the problems associated with this location while trying to preserve its essence. The Council in conjunction with the vendors has rolled out a plan to create a facility for the operations of Ackee Walk. This new facility has been dubbed Ackee Village. Ackee village will be constructed in phases, with the first phase of a development housing the existing vendors with the possibility of expansion for additional vendors who may become interested in the site. This facility will include kiosks for vending, a parking area, an administrative structure with bathroom blocks, water supply, proper garbage disposal, lighting, and security fencing or other means containment for the site. It will also be a neighbor to a future natural recreational park which will mainly serve the community of Gregory Park and Old Portmore as a whole. The first phase of this project is expected to cost JMD$15.9 million. The funding for this project will come from the Council in conjunction with CARILED. A funding agreement between CARILED and the Portmore Municipal Council was signed on June 2, 2016, and work is expected to commence in the next quarter of the year. This project will be spearheaded by the Council with as much help and monitoring coming from staff of the Council. Currently, the Council has a project implementation team in place consisting of the Chief Administrative Manager, the Corporate Services Manager, the Director of Planning, the Urban Planner, the Municipal Engineer, and two (2) Project Officers. To date, this team has broken down the development into phases, revised the budget, re-designed the kiosks to be used by the vendors, and has created a working action plan for project implementation. This team has regular fortnightly meetings, where concerns about the project are addressed and actioned tasks are completed and reported on. The Council is extremely energized and determined to complete this project. It has been long in coming and has had its fair share of hiccups. This development will bring life and vibrancy to Old Portmore and will channel economic growth. It will be a landmark achievement for the Council once completed and will act as a catalyst in the development of a mostly commercially dormant section of the Municipality